Working with single and non-resident fathers to get the best outcome for children - Online learning day - access the sessions flexibly during 29 June/30 June/1 July 2022. 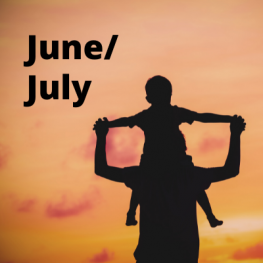 Lecturer in Social Work at the University of Birmingham

The focus of this online learning day is to consider how social work practice can more effectively include single and non-resident fathers in family assessments, looking at these fathers as potential protectors and resources for their children.

Often, the expectation is that caring and lone parenthood are overwhelmingly the roles – and responsibilities – of mothers. Further, fathers may be seen as a problem or a risk to their children. This approach can have two negative outcomes: first, that fathers are invisible in discussions relating to their children, and without a recognised role in their children’s lives. And, second, that an unreasonable responsibility is placed upon mothers.

In parallel with practice, there is little academic research on the experiences of single and non-resident fathers. With increasing numbers of children being referred to children’s services, the potential exclusion of most fathers is a significant issue. Practitioners do not always challenge gender stereotypes and, in some cases, may reinforce them within social work practice. Fathers can be regarded as less in need, or less deserving, of support than mothers are.

When fathers take on the role of single parents, they ‘cross’ into areas of life which are  female dominated, for example, nurseries. Theory around ‘borderwork’ and ‘border crossing’ can be helpful in analysing and explaining men’s experiences. This extends to understanding men’s grief when they lose regular contact with their children. A study undertaken a few years ago by the Family Rights Group was prompted by an increasing number of calls received from distraught non-resident fathers whose children had been taken into care, but had neither been involved nor informed.

Parenting styles may differ between mothers and fathers, but it does not mean that a father has a parenting deficit. So how can social workers and other professionals adopt a more open approach to fathers? How can practice and systems be changed to include fathers and to value their input to their children’s lives, creating better outcomes for children?

This learning day aims to look at how a father’s role is viewed within society, and to unpick how professional services react in particular to single and non-resident fathers. It will consider the experiences of men in the context of social work and other services (eg housing, education, health, criminal justice), and how to develop better practice for engaging with these two groups of fathers. This will specifically include how to include single and non-resident fathers in family assessments.

Haworth, S. & Sobo-Allen, L. (2020) Social work with single and non-resident fathers: How inclusive is our practice and where do we go from here? In Global Social Work – Cutting Edge Issues and Critical Reflections

Haworth S., Sobo-Allen L (2020) Social Work with single and non-resident fathers: How inclusive is our practice and where do we go from here? in Global Social Work-Cutting Edge Issues and Critical Reflections

Both single and non-resident fatherhood raise challenges for socially constructed gendered norms, our perceptions of masculinity, and how children and families social work is practiced. Key practice features of assessment and engagement will be discussed and suggestions for developing and improving practice will be put forwards.

The presenters have published papers, and presented at conferences, on how single and non-resident fathers are perceived in society and included within safeguarding and child protection practice.

Your booking will be confirmed (and invoiced) by e-mail.  You will be e-mailed a link to access learning sessions, together with outline information on the training.

If you do not receive such acknowledgement, please contact Central Conference Consultants Ltd on 0115 916 3104.

Where do fathers fit in?

Anyone attending from Scotland or Northern Ireland should be aware that any legal & guidance references are generally English and Welsh policy.