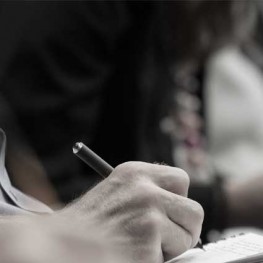 How should professionals intervene effectively, in a way that helps rather than harms?

How can we reduce the likelihood of serious harm?

How can we survive and make meaning after loss through suicide, and how might we support others to do so?

This learning day will look briefly at patterns and rates of self-harm and suicide, and will focus on how to identify risk and how to respond to everyday situations, setting the voice of people with lived experience at the heart of learning.

Self-harm may be used as a response to depression, anxiety, or anger – more often a means of coping with big feelings, or self-punishment, than a cry for attention.  Self-harm may take the form of cutting, burning, or injury with other objects.  It can also take the form of abusing medication, drugs or alcohol; self-starvation or, the reverse, binge eating or excessive exercising.

Young women aged 16-24 years show the highest rate of self-harm, with almost one in five saying they have self-harmed at some point (compared to a little over one in twenty in the year 2000).  The upward trend also applies to young men, but rates are under half that of young women.

Self-harm is often found to be a response to childhood, domestic or sexual abuse.  It is also linked to poor family relationships, bullying, problems making friends, rivalries, as well as specific triggers like exam pressure.  We may be more likely to end our lives if people in our families have done so.

There are concerns about increasing rates of self-harm.  The impact of internet and social media may have both played a part in this (concerns about popularity and self-image), and facilitated acts of self-harm (internet groups and videos which promote self-harm).

As the rate of self-harm increases, the proportion of those seeking help is falling.  Covid lockdowns have made the situation worse.  In practice, this means that non-mental health professionals are often the ones left to respond. John Apter, the national chair of the Police Federation of England and Wales, said: “The public would be shocked by just how much of an officer’s time is spent dealing with non-crime related incidents, with the majority of these involving mental health issues.”(2)

Self-harm is a proven high risk factor for suicide, but is not necessarily a ‘first step.’  The suicide rate in the UK remains below the levels of the 1980s, although it has risen again from 2007.  However, it remains the single most significant cause of death for men under 50.  While the same factors as discussed above may be relevant, other factors in male suicide also include financial fears/unemployment, absence of contact with children, feelings of failure and military service.

Prevalence of non-suicidal self-harm and service contact in England 2000-14: repeated cross-sectional surveys of the general population

This learning day aims to enable professionals to offer a stronger response, using a trauma informed approach, to service users who may be self-harming or at risk of self-harm or suicide. Areas which will be explored include:

The sessions are pre-recorded and can be accessed at a time of choosing within a three day period. The Q&A session on the third day is in real time and takes place at 3.30pm.

Working with Self Harm

Coping with, and learning from, trauma

Check ‘About the learning day’ and ‘Agenda’ for more detail on content, and how the sessions work.

Cancellations received will be liable to an administration fee of 25%.

*Team bookings are non-cancellable.   Substitute delegates will always be accepted up until, and including the day.

CANCELLATIONS SHOULD BE MADE IN WRITING TO CCCLimited@aol.com AND WILL BE ACKNOWLEDGED BY RETURN.

Your booking will be confirmed by email within 48 hours.

Felicity Reed is an Adult Psychotherapist and UKCP accredited Supervisor with a background in understanding and supporting people who experience mental distress in complex circumstances, such as in homelessness, substance abusing, criminal justice and emergency service contexts.

She has worked for almost twenty years as a practitioner, leader and service designer, creating new ways to meet the needs of those who do not fit easily into traditional support and who, as a consequence, may present with challenging, distressing or offending behaviours.

Felicity currently works for PAUSE in Southwark, supporting women with complex needs, many of whom have had multiple children taken into care.